There are many variations of Latvian folk costume. In every cultural-historic or ethnographic region, be it Vidzeme, Latgale, Augšzeme, Zemgale or Kurzeme, it is quite peculiar and unique. The complexity of the traditional costume is striking, especially if we bear in mind that in the old times the costumes were entirely hand-made. 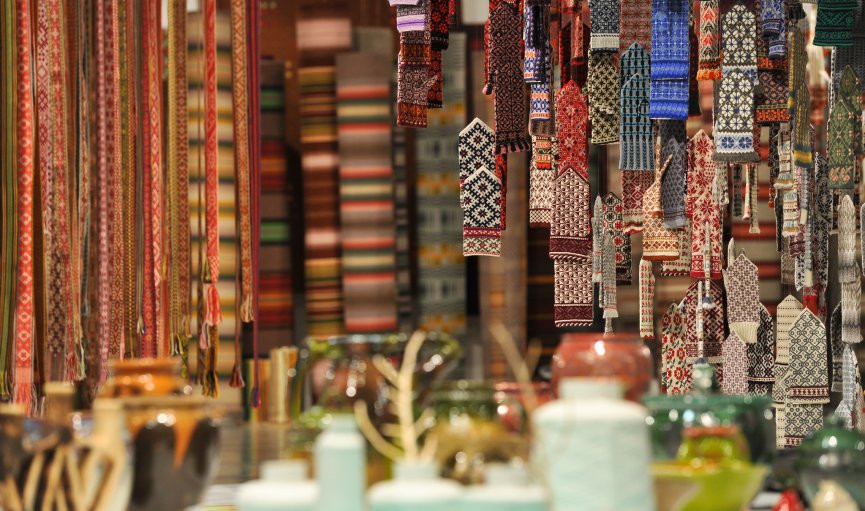 How long did it take one to create a new festive costume? If we follow the entire process from the very beginning, it would take at least a year to complete. The materials used were mainly flax and wool. To get wool, one had to shear sheep, wash the sheep’s wool, dry it, comb it and then gently spin it by hand. Processing flax involved an even greater effort: in order to get fiber and yarn out of the long rigid stalk, linen had to be mercilessly soaked, crushed, and hackled – it took about ten operations altogether to make flax suitable for weaving. A natural linen canvas is grayish in colour, so the canvases had to be bleached by the sun, a process which took a long time. 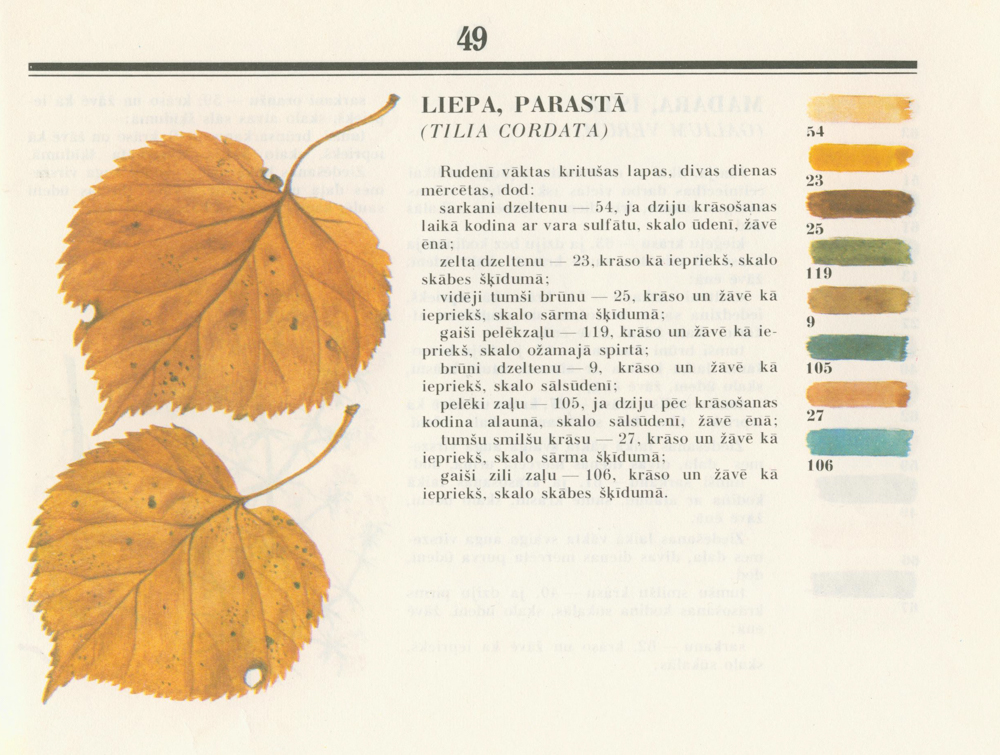 Even autumn leaves can be used for dying!

Until the mid-19th century, the only dyes used in Latvia were natural plant dyes. They mostly dyed wool, and not flax, because flax does not absorb dye well. Some seamstresses today still know the secrets of getting bright, strong colours from plants collected in the meadows, forests, and orchards. The variety of colours and tones is remarkable – colours from black and blue to all shades of yellow, red, green, and brown. In order to obtain the desired result, the timing of picking the plants is just as important as the timing in the dying method. For example, to achieve a bright orange colour you need to collect lichen Parmelia saxatilis in the spring, allow the wool to soak in the dye for forty minutes, and then rinse and dry the soaked wool in the shade. 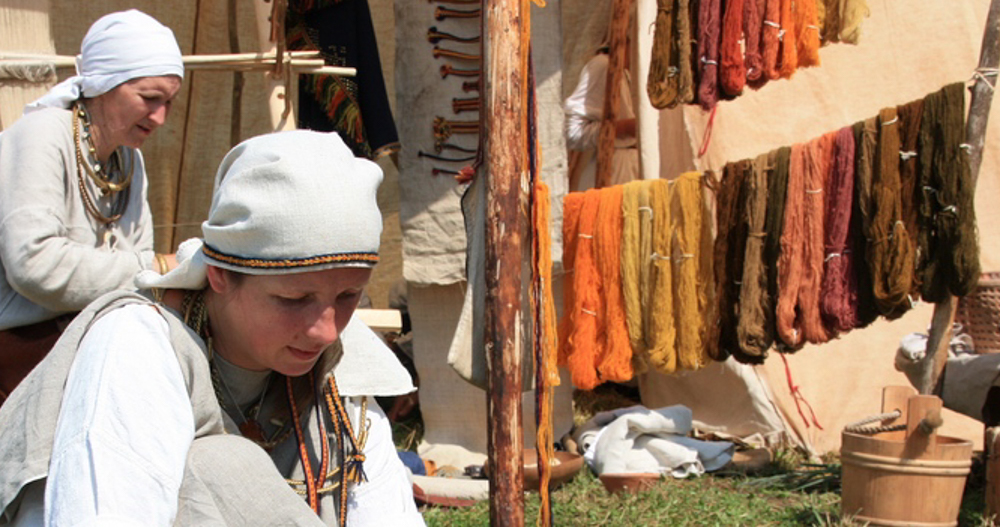 Traditional Latvian patterns can still be found today on knitted scarves and mittens. In the old days, a bride’s dowry would contain at least few hundred mittens that the bride had knitted herself. The reason for this large quantity was because during the wedding party, the bride was supposed to gift mittens to all of the bridegroom’s relatives and guests, as well as musicians; even the horns of cows that were part of the dowry had to be decorated with mittens.

The best time to behold the beauty and diversity of the national costume is during the Song and Dance Festival, with its traditional grand procession. The tradition dates back to the 19th century. In 2013, over 40 thousand singers and dancers from several hundred choirs and dance ensembles participated in the Festival. Quite impressive, isn’t it? No wonder the Baltic Song and Dance Celebration made the UNESCO List of Intangible Cultural Heritage. The next Festival will be held in 2018 and it will be devoted to the centenary of Latvia.